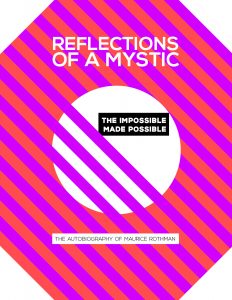 THE so-called norm does “not” fit my “idea” of how I see the world”.

Being true to my SELF, that is the intentionality of my “auto biography!

So if for whatever reason “I screw up”, the “bottom line” remains as

It always has, which of course deals exclusively with the Zen of the problem.

The Zen of the “problem” goes far beyond the “mind-set’ of the so-called “what is”???? this autobiography does “its best” to “inculcate” the Zen principle in such a manner which allows the reader to be “far beyond” the confines of their “normal idea of conformity”

As the title says’ “how my autobiography differs from the norm”, this article is meant to give more substance to what I am saying now.

To be different for me Is a “true blessing without the spiritual connotation.”

I am not a distinguished person; my background writer in the “first person” by me, enables my viewer the opportunity of being “able” to be “on the same page “as I am on.”

In my opinion that “fact “has been overlooked by ghost writers writing in the 3rd person, which for me is artificial and fraudulent!

I write in the first person since I am “responsible for me life”; not the ghost writer!

President Trump’s autobiographer, “let the cat-out-of-the-bag” when Trump ranfor president, called him “unfit” to be President of the USA.

In my opinion, people should write their own autobiographies, which gives more credence to their “story” I am sure that past presidents have, i.e. Grant, who was a great writer and others.

I am not a college man; did not go to college, days of course; did that courses at Harvard college, night school where their day professors taught at night. Had one and a half years of credits.

I don’t know if I wrote about this, but being a natural “psychic” – my intuitive ability gave me test questions especially in a course that I took with professor Adkins, this was in the sixties, of course!

How was this possible?  “The impossible “made possible.”

Other impossibilities followed of course, the basis of my book along with other “impossibilities” i.e.  Rags to Riches?  How come, the why, wherefores etc.?

Another event I failed to mention up to now –  how is it possible that just looking at a paragraph written by a person, i.e. I would like to know what my “hand writing “ reveals.

At that time in my life I was a certified handwriting expert –  I took a system that was meant to take hours, not minutes to give a credible analysis of a person’s handwriting.

A “chore” that was “not simply” but arduous, hours of work!

Back in the early seventies, I was retired from a business I had for twenty-three years; successful in all respects; just gave it up since I no longer was married, and my two sons were in college where I paid the tuition for four years in advance!

I got interested in metaphysics, psychic phenomena, etc., went to a conference in Virginia, met a woman there that invited me as a guest in her home.

She invited be twice as a guest:  I taught her palmistry a skill that I was enamored with at the time, along with handwriting.

Both of course are “downgraded” by conventional thinking, considered to be of course “bogus.”

When I returned the second time; my woman friend asked me if I was willing to meet a professor who ran the: a dream laboratory; I said that that was Ok with me.

I am “not” an imposing person, quite the ordinary, “in all respects”, my stature is small, at the time about five foot three –  thin frame –  however people said I had charisma, which is not to definable until, my talents “come to the fore.”

I came in “very talented, so called special gifts.”

This book is meant to “reveal some of these talents.” I take no credit for these talents, none whatsoever since the IZM of Mystizm, the Zen that goes with it, a world surpassing “anything” that this egocentric world can offer enters the picture.

To continue the story –  my friend asked the professor if he wanted a palm reading? His response?  Definitely NO, then she said, “how about a handwriting reading,” he reluctantly said ok.

He then said what should I write? I told him to write: “I would like to know what my handwriting reveals.”

He did so and I took about two minutes if less to read his handwriting “strokes” no more time was necessary!

He then stuck his palm out!  And, got an “accurate assessment” of who he was!

THE IMPOSSIBLE MADE POSSIBLE!  = TAKING THE IZM OUT OF MYSTIZM!

Palmistry –   handwriting analysis “done the mystic way” –   both “honest” in all respects deserves ALL OF THE RESPECT IT DESERVES, and my autobiography is meant to “give it this respect.”

People that “know me” attest to my “integrity” in a world of “liars.”

Go to our “comment page”; comments by people that have known me for years.

I have a blog “althealth.org/blog where over 1500 essays are available “free of charge “ to people “looking for answers”.

It’s of course FREE OF CHARGE.

My autobiography is also FREE OF CHARGE!

Another impossible made possible of course is the RAGS TO RICHES EXPOSE!  HOW DID, COULD I AN UNEDUCATED KID OF TWENTY-ONE YEARS OLD TAKE MY IMMIGRANT FAMILY OUT OF POVERTY?

My father started as Kirk Douglas the famous actor, as a rag man, a horse/buggy yelling rags, metals, clothes –  my father did that until he opened a store, selling uses stuff, and eventually ended up refinishing old black stoves and selling them.

I worked and ran the most important office in the Charlestown Navy Yard, in Massachusetts, the Captain of the Yards’ office.

Every call coming in the Charlestown Navy yard had to come to the office I worked in for nine months; I literally ran that office, since the people hired before me passed all their work down to me and I had no one under me where I could do likewise.

So at the tender age of eighteen years old, I did all of the work in that office.

They replaced the officer that was my boss with an anti-Semite who gave me a hard time.

I started the first tug boat office in the Charlestown Navy yard and this tug boat office which I ran got the best AWARD as the most efficient organization in four states. Our so-called patriots and I use the word so-called because I found many people unpatriotic.

I was since my “work ethic” was unquestionable, for others “very “questionable.”  I write about this of course in my autobiography.

Redundancy?  Of course, why not? If it worth repeating over and over, why not?  What’s worthwhile is WORTH REPEATING; what is not worthwhile should never even been involved with.

Separating the chaff from the wheat, is not a one-shot effort! It’s a continual process.

DUMBELLS NEVER LEARN –  which necessitates REPETITION!  WITHOUT SUCCESS, of course.

You will read more of my experiences while working in the Charlestown Navy yard.

Where truth triumphed over the “evil forces.”

This site uses Akismet to reduce spam. Learn how your comment data is processed.